In Civil War Columbia, South Carolina, no women were more gossiped about than Amelia Feaster and her teenage daughter, Marie Boozer. The Philadelphia-born Feaster, a widow three times before her thirty-first birthday, aided the Union war effort from her home, while Marie became infamous for her beauty and vanity. For over a century, scandalous tales of these women have been published across the nation, linking them to rich and powerful men both at home and abroad. Historian Tom Elmore sorts through the many myths and legends—involving such things as adultery, decapitation and the Russian tsar’s jewels—about Feaster and Boozer to present the first fact-based biography of these two nineteenth-century tabloid queens.

A century and a half before social media and reality television made celebrities out of nobodies, Columbia had its own “it girl” whose notoriety could make the Kardashians, Hiltons and Real Housewives jealous.

But the difficulty is separating the fact from fiction. Either way, it would make a good movie.

Her name was Mary Boozer, who called herself Marie.

“Marie Boozer was a real-life Jezebel who was the subject of legends in Columbia for literally decades after the war,” said Columbia historian Tom Elmore. Elmore’s book The Scandalous Lives of Carolina Belles Marie Boozer and Amelia Feaster: Flirting With the Enemy tells the story of Boozer and her ambitious, Yankee-supporting mother.

“Even today you still hear tales about her. She’s the type of person that you would find on the National Enquirer today, or Inside Dish or any other kind of tabloid.”

Elmore originally wrote an article about Boozer titled, Lurid Legends of a Wayward Woman, for Civil War Magazine in August of 1997. He has since extended that research into the book to be released in April 2014.

“She always had suitors,” he said. “Never lacked for menfolks.” 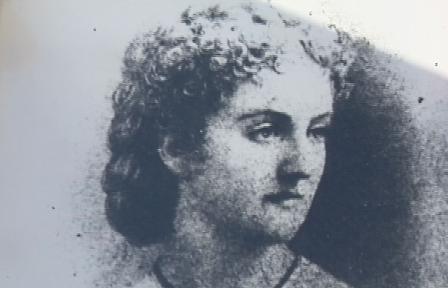 A major part of Boozer’s story is her northern-born mother, who pushed her daughter into the attention of everyone who was anyone. Along the way, Amelia Sees widowed three times and left a fourth husband, Columbia businessman Jacob Feaster, when the Union Army marched northward after destroying the city.

“Her mother had high hopes for her,” said Elmore. “They were trying to climb up the social ladder as best they could.”

Socialite Mary Chestnut, who kept a diary during the Civil War, wrote Boozer was “a beauty-that none can deny.” Chestnut also wrote, “Boozer…is always on exhibition.”

Even General John S. Preston, of the elite Columbia family, described Boozer as “the most beautiful piece of flesh and blood

“There are stories about men who killed themselves over her,” said Elmore. “Totally false.”

But Sees’ northern sympathies eventually made her and her daughter pariahs in Columbia. It seems Boozer’s notoriety grew when she and her mother left Columbia with the Union Army in 1865.

Eventually her mother managed to get Boozer introduced into New York society, where she married and quickly divorced the wealthy and philandering John S. Beecher.

By the 1870s, Boozer was living in Paris and landed another husband: the French nobleman Count de Pourtales.

“She settled down in Europe and died in Italy at about 1909,” Elmore said.

But the legends about Boozer are much more colorful, even at a time without Facebook or Twitter.

“She was captured by one of the sons of Brigham Young and taken to California and the U.S. Cavalry had to rescue her,” recounted one legend by Elmore.

“Another said she was a favorite of a Zulu war chief who discovered he was cheating on her so he had her killed and shrunk her head and wore it around his neck.”

“Another one said she was a concubine of an Asian warlord who had tendons cut off her feet and she swelled up so big to the point she weighed 300 pounds and had to be carried on cushions by six eunuchs.”

Compared to today’s behavior, Boozer’s escapades would be considered quite tame.

“Marie was a notorious flirt, hussy, whatever you want to call it,” said Elmore. “I don’t think she’s quite as bad as the stories made her out to be. But by the standard norms of that era, she probably crossed the line.”

Tom Elmore is a member of the South Carolina Division with Palmetto Camp #22 in Columbia.

Tom’s book can be purchased from The History Press.