COLUMBIA, S.C. (AP) — Racing against time, South Carolina archeologists are digging to uncover the remnants of a Civil War-era prisoner-of-war camp before the site in downtown Columbia is cleared to make room for a mixed-use development. 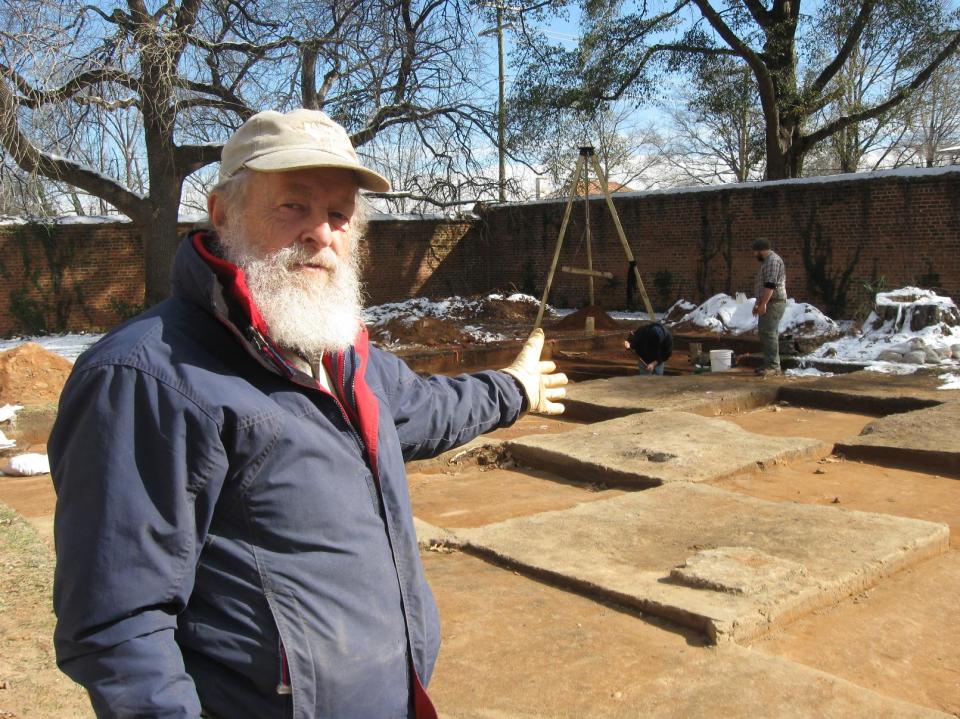 The researchers have been given four months to excavate a small portion of the 165-acre grounds of the former South Carolina State Hospital to find the remnants of what was once known as “Camp Asylum.” Conditions at the camp, which held 1,500 Union Army officers during the winter of 1864-65, were so dire that soldiers dug and lived in holes in the ground, which provided shelter against the cold.

The site was sold to a developer for $15 million last summer, amid hopes it becomes an urban campus of shops and apartments and possibly a minor league baseball field.

Chief archaeologist Chester DePratter said researchers are digging through soil to locate the holes — the largest being 7 feet long, 6 feet wide and 3 feet deep — as well as whatever possessions the officers may have left behind.

“Almost everybody lived in holes, although the Confederacy did try to procure tents along the way, as they could obtain them,” said DePratter, a research archaeologist with the University of South Carolina’s Institute of Archaeology and Anthropology.

DePratter said he’s been able to track down about 40 diaries written by camp survivors, telling tales of suffering and survival, as well as dozens of letters written by the prisoners about their experiences. He said they came from states across the North, and from many different military units. 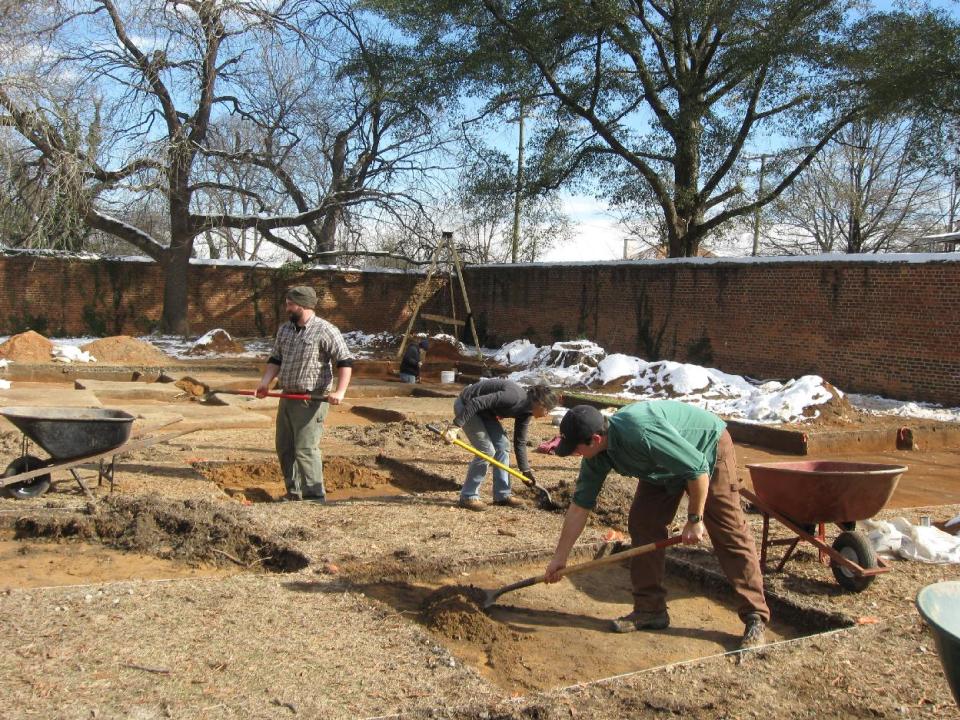 “It’s hard to imagine. They all talk about their clothing being threadbare, many of them had no shoes. They shared the blankets they had, three or four together spoon fashion and put a blanket over them” to stay warm, DePratter said. “They wrote about how every prisoner in the camp would walk about at night to keep from freezing to death.”

Amazingly, only one officer died there.

Officers were useful for prisoner exchanges, so they were shuttled from site to site as the war progressed. The enlisted men were sent to the notorious prison at Andersonville, Ga., where 12,000 Union soldiers died of illness and privation. The officers, however, were held in Richmond, Va., then Macon, Ga., before being sent to Savannah and Charleston, S.C.

After a yellow fever outbreak in Charleston, they were brought to Columbia, where they were put in an open field dubbed “Camp Sorghum” on the western side of the Congaree River across from Columbia. But when hundreds started escaping into the surrounding countryside, they were shifted to the mental hospital’s grounds, which are surrounded by a 10-foot brick wall.

As the researchers dig and sift the reddish earth, they uncover buttons, combs, remnants of clothing and utensils presumably used by the prisoners. One hole contained crudely made bricks the prisoners fashioned by hand, which they stacked to offer protection from the wind and rain. 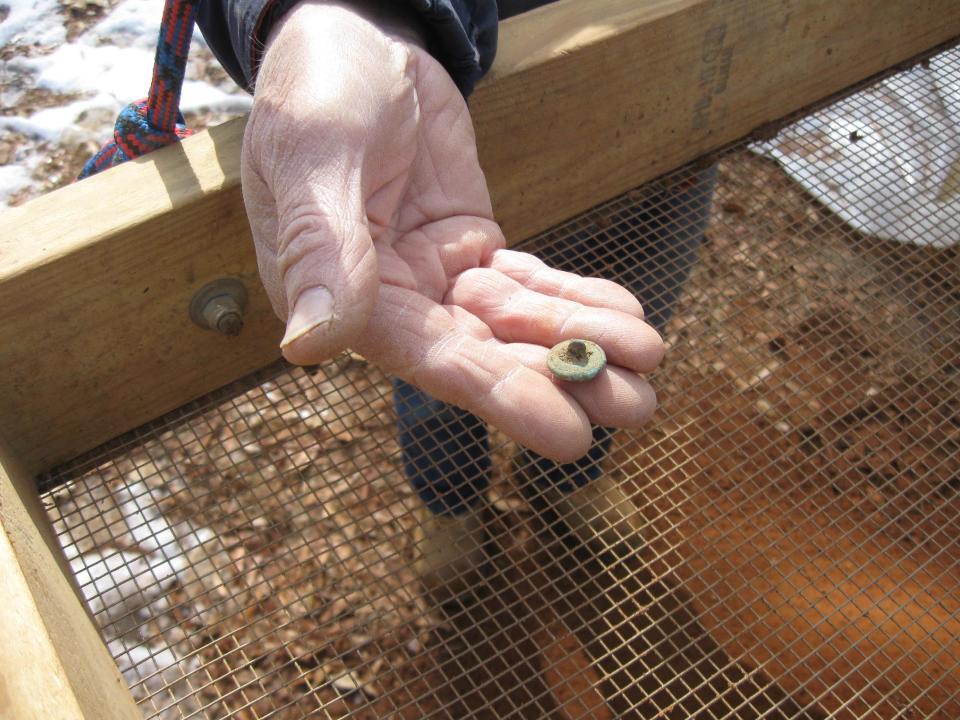 DePratter is hoping to raise additional funds to pay for ground-penetrating radar to avoid the utility pipes that crisscross the site. He has until the end of April to dig out as much as he can. Everything the crew finds is going to be held for preservation and study through the archaeology institute, he said.

Tours — set up through the Historic Columbia Foundation at $10 per person — are being conducted to help bring attention to the archaeology project.

Eric Leonard, the director of education at the Andersonville National Historic Site in Georgia, which also houses a prisoner of war museum, said it is important to uncover the histories of prisoners even if it is an unpleasant topic.

“Prisoners of war are an example of the extraordinary cost of war. It’s not an easy story to tell, and it’s not a happy story. But it delves into the consequences of war,” Leonard said. 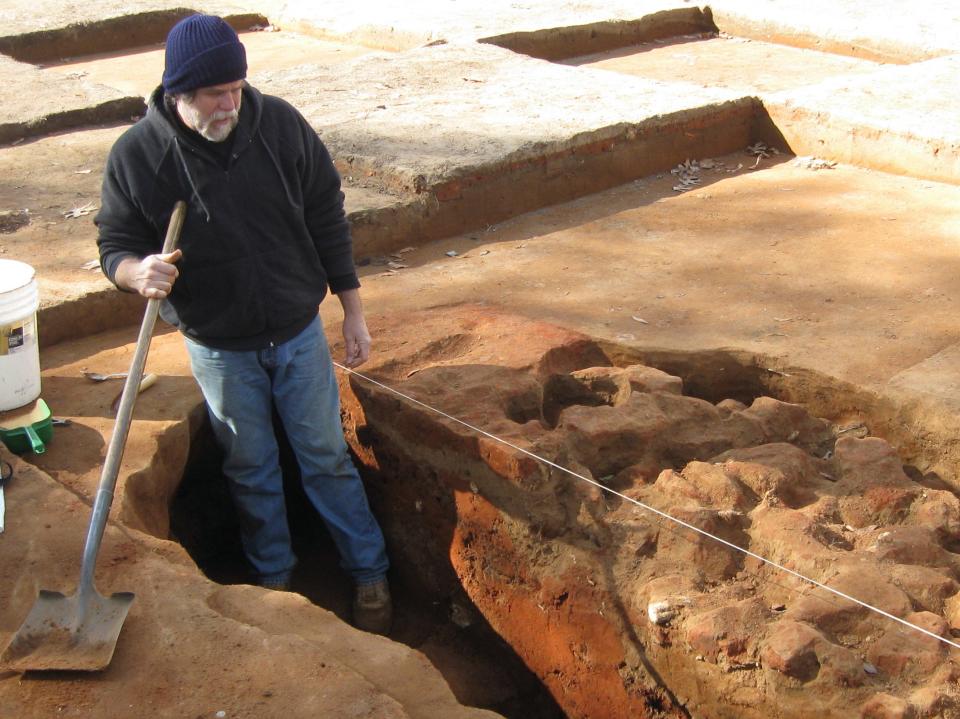 In this Jan. 30, 2014 photo, University of South Carolina archaeologist James Legg digs in the locat …

Leonard added that unearthing artifacts is also important to do, since it gives people today a broader picture of the human story that might not jump out of the printed page.

Joe Long, the curator of education for the South Carolina Confederate Relic Room and Military Museum in Columbia, said the prisoners were educated officers, who were more hardened to the elements than people today.

“These were intelligent, skilled men, and they produced some beautiful crafts,” Long said. His museum has purchased a pipe carved by one of the prisoners from a hardened root ball of briarwood.

Long added that the waning days of the Civil War have gotten little historical attention, and need to be academically documented.

Long noted that in order to keep their spirits up, the prisoners formed a glee club, and sang for themselves and the local populace.

“The camp commandant had a rule, he told them they could sing all the Yankee songs as they wanted, but they also had to sing a Southern song. So they’d sing ‘Battle Hymn of the Republic,’ and then they’d sing ‘Dixie,'” Long said with a laugh.

Three days before Gen. William Tecumseh Sherman’s forces entered the city, the men were moved to Charlotte, and then to Wilmington, N.C. Shortly thereafter the war ended, and prisoners on both sides freed.